White Cove is a cluster housing development situated at 215 Ponggol Seventeenth Avenue and is in the North Eastern Region of Singapore. Its site is just next to Whiteshores and opposite of Samudera LRT Station. This 103 years leasehold development has a total site area of approximately 75,293 square feet. Upon completion, White Cove will comprise a total of 17 cluster bungalows. The sizes available at White Cove’s units range from 4,492 square feet to 5,309 square feet. The facilities available includes children’s wading pool, swimming pool, water feature wall, children’s play area and gymnasium. Each unit at White Cove is equipped with 2 private car park lots.

White Cove is about 100 m away from Samudera LRT Station which provides transit service seamlessly linked to Punggol North East Line Station and the bus interchange. This integrated public transportation system provides White Cove’s future residents with fast and efficient travel within the estate and to downtown Singapore for work and leisure. The nearby TPE provides a conduit of conveniences to White Cove’s future residents in getting to rest of the island. It will take about 18 minutes of driving to get to both the Orchard Shopping Belt and the Shenton Way.

Come 2015, White Cove’s future residents will enjoy all the conveniences from the wide selection of dining and retail facilities and entertainment, including a 1,000 seats cinema, at the nearby Waterway Point, the first major retail mall in Punggol. Residents can also expected to indulge in local delights by easily access to the upcoming Punggol Food Centre, where a variety of local food stores will be hosted. White Cove is also close to Rivervale Mall and Compass Point where many eating establishments, retail shops and entertainment centres are located. White Cove’s future residents can also drive or simply take the LRT down to Punggol Plaza, which is a popular neighbourhood mall in Punggol housing estate. White Cove’s future residents can take their time to do their shopping without being in the crowds. This neighbourhood mall hosts a variety of shops such as supermarket, dry market, clinics, food court and various eating establishments.

The upcoming Punggol Food Centre, which is approximately 1.2 km away, will provide its future residents with a wide selection of delicious and economical local delights when it is completed.

White Cove is also near to the picturesque My Waterway @ Punggol, a 4.2 km long waterway, which offering pockets of greenery, cycling tracks, promenades, water sports and a wide array of outdoor activities for its future residents’ enjoyment. The Marina Country Club also provides a variety of sea sports facilities which White Cove’s future residents can make use of. Residents can also head down to Punggol Beach to have a BBQ party, picnic, jog, cycle, fish or simply enjoy the breeze and the sea at the laid back settings. 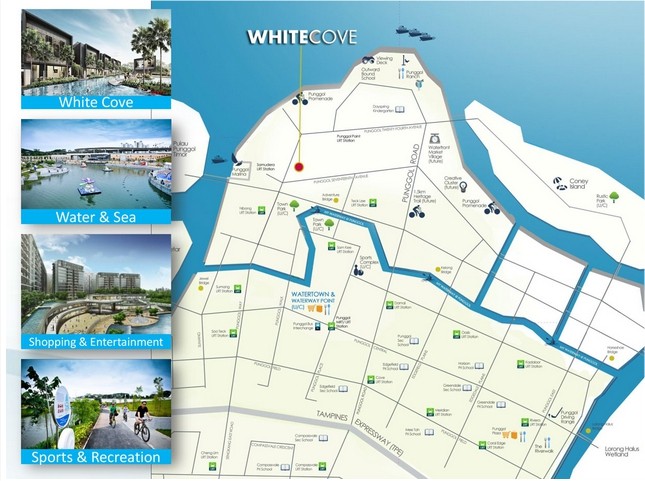 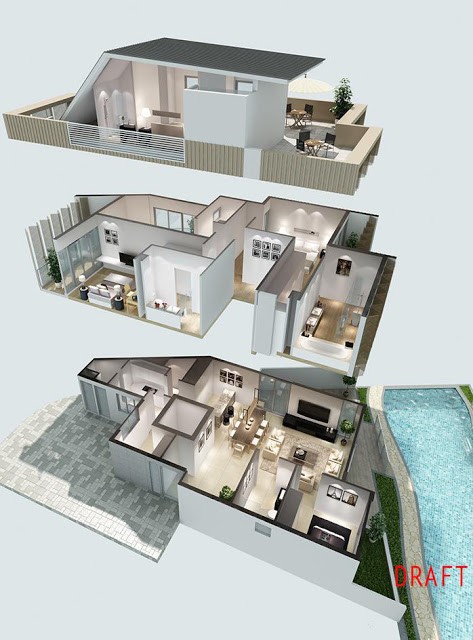 Amenities Near White Cove and Their Approximate Distances


1. Quiet Setting – White Cove is situated in the quiet surrounding of the landed area.

2. Lush Greenery – White Cove’s future residents can enjoy pockets of greenery at the nearby My Waterway @ Punggol.

3. Future Convenience – With the upcoming Waterway Point, it will bring many amenities close to White Cove’s residents.

4. Prestige Address – White Cove is located in the same area of the landed properties which gives it a prestige address.

5. Future Gain – The upcoming transformation of Punggol Waterfront City and also the development of Seletar Aerospace Park, it will have a positive impact on White Cove’s price.

Want to be a proud owner of a unit in White Cove?

Simply fill up the form below and we will get in touch with you shortly.


Things to Note When Buying a Property:

Thank you for your interest in White Cove!