Victory Ville is an upcoming cluster housing project that is located at Toh Drive, Eastern Region of Singapore. It is located in the serene landed property area. The site of Victory Ville is just opposite of Changi Heights. The developer for Victory Ville is Regal Development Pte Ltd. This freehold development has a total site area of approximately 18,215.92 square feet and with a lot ratio of 2.1. Victory Ville comprises of a total of 8 units of 2 storey strata semi-detached dwelling houses, each unit will come with a basement and an attic. Since completion, Victory Ville is the first cluster semi- detached houses in Toh vicinity. Victory Ville received its Temporary Occupation Permit in July 2014. Each unit comes comprises of 1 guest bedroom, 2 common bedrooms, 1 junior master bedroom and also 1 master bedroom. The sizes of these units start from 273 square metres to 320 square metres.  The tenure for Victory Ville is freehold which is rarely in Singapore. The facilities in Victory Ville are lap pool, pool deck, children’s playground, outdoor shower area and BBQ areas. Each unit will also come with a private lift.

Victory Ville is just a short drive away from Changi Airport MRT Station which operates the MRT East West Line. There are also bus services available near the development which can bring them directly to downtown Singapore. For the future residents of Victory Ville who drive, it will take approximately 17 minutes’ of drive to the Central Business District. To have a shopping spree over the weekend, Victory Ville’s future residents will just need to take 18 minutes of driving to Singapore’s main shopping belt, Orchard Road Shopping Area.  A short drive to the main arterial road of Loyang Avenue will allow the future residents of Victory Ville to link to the Tampines Expressway (TPE) which allows them to seamlessly link to other major expressways such as the East Coast Parkway (ECP) and the Kallang Paya Lebar Expressway (TPE) which make traveling to various parts of the island very accessible.

To access to shopping, dining and leisure amenities without traveling far from home, the future residents of Victory Ville have a few options. One of it is to take a short drive to Loyang Point, a neighbourhood shopping mall which comprises of the basic amenities such as retail shops, food court, supermarket and also eateries for the future residents to get their basic necessities. Alternatively, they could head down to Tampines Mart which is not far away. Victory Ville is also a short drive away from the famous Blk 2 Changi Village Road Food Centre which has some of Singapore’s most famous local food stores which serve economical and delicious local delights.  Victory Ville is prefect for family living as it is close to many established local education institutions such as White Sands Primary School, Pasir Ris Primary School, East Spring Primary School, Greenview Secondary School, East Spring Secondary School, Pasir Ris Crest Secondary School, Loyang Secondary School and also Tampines Junior College. 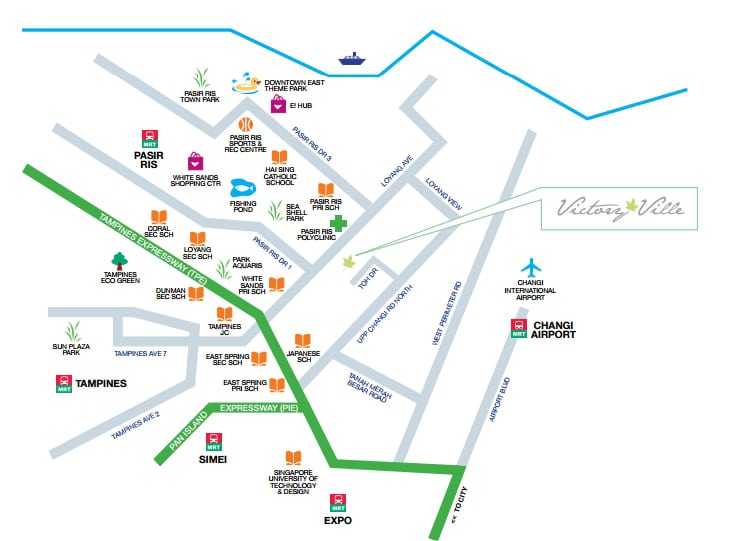 Amenities Near Victory Ville and Their Approximate Distances 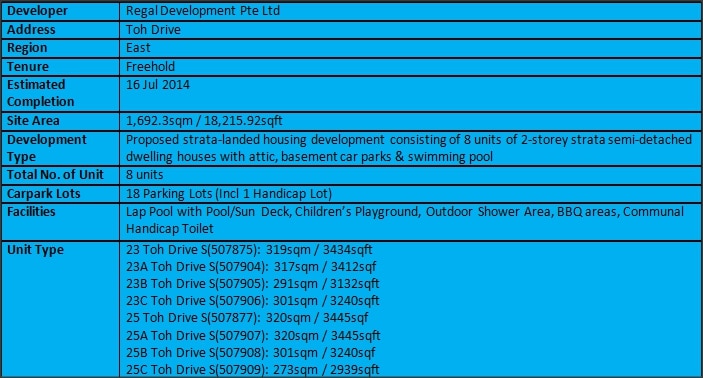 Want to be a proud owner of a unit in Victory Ville?

Simply fill up the form below and we will get in touch with you shortly.

Things to Note When Buying a Property:

Thank you for your interest in Victory Ville!